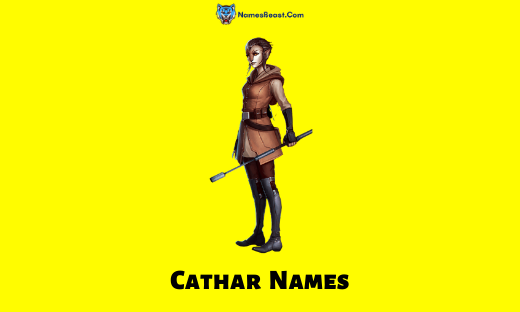 We have read about so many fictional characters in comics and novels. And we have been amused by them for many reasons like their appearance or structure or character or their devotion towards love or royalty or maybe to their devilish attitude. Cathar is also like that of a fictional character. So let us first introduce you to who or what Cathar is. Cathar is sentient species. So the history of Cathar goes like this Mandalorians destroyed Cathar’s planet during a battle that led to almost extinction of the Cathar species. Cathar again started migrating after the Mandalorian Wars, but by the time the Galactic Civil War started, the Cathar had regained their power and full strength and rose to fight back. In appearance, Cathar is bipedal and sly humanoid. They had some unique attributes like loyalty, temper and passion.

They used to live in the plant Cathar, which was known for savannas and rough highlands. They were great warriors, too, with a massive amount of strength and are firm and efficient predators too. Their families and societies were quite learned too with high moral values though women were treated as slaves. But males were considered too strong to be enslaved. So it was a kind of patriarchal society on the Cathar planet. Cathar had two types of subsidiary species, namely the Juhani and the Myr Rho. At a normal standard, they are all fur covered with thick manes in their appearance. Since they are predators, they have prominent claws too to attack their prey or enemies.

Usually, they are 1.5 to 1.9 meters in their height. Males are usually 1.8 meters, and females are generally 1.6 meters according to the average height rate. Their skin colour is golden to yellow-brown with dark brown or black stripes. Cathar is born into the litter and is quite lookalikes with a lion. However, Juhani and Myr Rho look less like the cat family and differ in looks from the main Cathar. There is another thing too biologically, Bothan species and Cathar species are kinda same. The language which they use to communicate is Catharese.

Now since you know so much about Cathar, you must be thinking of how to name them. We know you need names to write your stories and comics and novels. So here we are with a bunch of names for the species Cathar:

How To Name Your Fictional Character– Cathar

Naming any character might be difficult as you have to look upon many keynotes to maintain the fictional character’s individuality. Since Cathar are humanoids and not humans, their names have to be different. You cannot name them according to us that is humans. Creativity is your place to show how you want to portray your character of Cathar; hence it’s totally up to you whether you want to choose from the list of suggested names or you want to have a name of your creation.

But while choosing and creating a name both need some uniqueness for which we are going to provide you with some pointers for your help :

Keep The Name Short And Simple

Often difficult names make it difficult for the readers and audience to concentrate on the story or play. Simple and short names are easy to remember or memorize. In the case of actors will be easily able to remember a Cathar name when someone reads a word. They visualize it as well. So in case if it is a difficult word with tough spelling, readers might skip that part of the story where Cathar are mentioned to avoid the name.

This will ultimately be a problem for writers and directors as many people will show their interest in their story or play. Also, if the name is not simple and short, it will take away all the fictional character’s attention.

The Name Should Not Be Hard To Spell

Easy to pronounce names will never distract the reader or the audience. While reading, people pronounce the words in their minds. If it’s difficult to pronounce and they stumble, it will make them feel disinterested. They might skip the parts of Cathar in the story to avoid pronouncing that name. Actors of a play will also stumble and might forget or mess up lines due to that. So the safe side is to give a name that is easy to pronounce to avoid any kind of problem.

Consider The Importance Of The Name

Cathar is a sentient, humanoid it must not be given some name extreme to any kind of uniqueness. Cathar is already a unique creature give him or her a name that suits his characteristics and personality best. And a name that will not make the fictional character less important by overshining it. Instead will make the fictional character stand out among all other characters in the story.

Name is the identity of a fictional character. If not given an apt one, it dissatisfies the character’s quality. A 5-year-old boy with a name of a 24-year-old man would not suit the storyline. Instead, while writing, make sure at which tense you are writing and at which age of the story’s fictional character begins.

Decide your character’s age and other qualities like personality and physical characteristics, and then decide on the name to appeal to the reader and the audience. Even names get popular along with fictional characters. So ensure that names are good too so that it gets in the list of best names, and ultimately, your story or play will get popular for that.

The only thing which will go on in their mind is that famous personality on whom the character is named. So go for names that are not too popular so that the fictional character gets its deserved attention and justification for the story.

We are glad that you spent your precious time reading our article. We worked on this article only for you guys so that you can refer to the names of Cathar. A name can provide deep meaning and an insightful backstory to the fictional character if you choose it right or create one right. A name can go wrong in many ways and ruin the fictional character’s story. If you want to write about Cathar in your story, then it is a great choice. They are brave sentient with many wars as their strong backstory.

We wish you all the best for choosing the right name and for your upcoming story. Have fun while choosing the names of the characters. We know how little help can mean to someone, so we have prepared lists like best, innovative, creative, amazing, and awesome names for Cathar. A name can bring life to a fictional character so choose wisely. We hope the best for you. We will meet again with our next article.