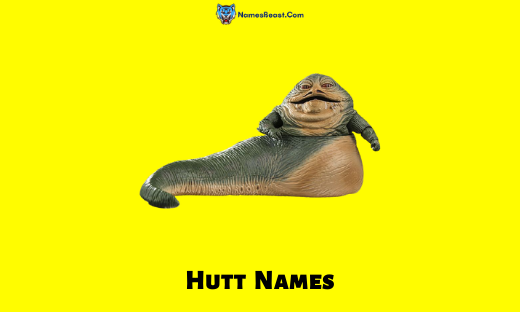 There are so many fictional characters that we have no idea about them. Hence through this article, we would like you to come across a fictional character known as Hutt. So let us introduce you guys to who actually these Hutts are. Hutts are gigantic slug-like species that possess huge mouths. They also have stubby arms too with tough and muscular thick leather-like skin. Their skin tones are usually black, brown, tan, blue, gold, green, white, yellow, purple, and mottled brown. These sentients have quite a variety of eye colours such as turquoise, violet, grey, blue, green, orange, and yellow. They have three lungs. Tracing to their homeworld, it can be seen they are Nal Hutta and usually live and grow in swampy areas. Their skin is often found to be wrinkled and slimy.

A skeletal spine supports their tail, enabling Hutts to move by sludging and letting their legs sink into it. As we know, Hutts are of massive size, but at first, they were around half a meter in height and were called out as tiny Huttlets. They speak in the language Huttese. Nal Hutta has a hot atmosphere. They often find their homeworld struck by greasy rains creating a smelly sauna. Hutts are most comfortable in this type of weather and atmosphere. They have a life span that can last upto centuries. While we are talking about their physical appearance, there is something which the huts suffer: a genetic defect that causes their skin to be cut off from any pigment and is usually prone to cracking. So they are not entirely healthy. The Hutts had organized themselves in different criminal groups during the Age of the Empire. They practised having a powerful grip on the galaxy. They also did extensive dealings with the Galactic Empire. They were also involved in the dealings of some black-site prisons.

Since you want to name a Hutt, which is a fictional character, the first thing which you should keep in mind is that they are sentients and not humans. Hence you cannot give them the names which humans use. We know finding names or creating one is not easy when you are dealing with writing some creative writing or novel or comic. So here are a bunch of names that might help you to find something of your choice:

How To Name Your Fictional Character

This fictional character, Hutt, is of a sentient species and are not some human. So you cannot give them the names which we humans use as it will sound not apt. When you are choosing or creating a name that will suit your character, Hutt, you must know there are some important points that need to be considered. So to maintain its originality, here are some factors which need your attention:

The Name Must Be Simple

Simple names are always appreciated as the spelling is not that hard; remembering the name is easy and writing it is also easy. When writers write any name for their fictional character, they have to keep in mind that their readers should feel comfortable with it. When names are tough, readers or actors in drama might forget it or say something by confusing it with some other name. So in order to eliminate all kinds of probabilities that might lead to the unpopularity of the fictional character, you must consider that you are not writing your story for yourself but for everyone. Every person reading your story should get involved by the characters.

Remember What Is Your Genre Of The Story

If your story is about something which involves action, then your characters must be named accordingly. In an action story, if the fictional characters have a romantic name, it will not sit well. In order to make the genre, the story, and your characters suitable, one must first get it cleared what is their genre talking about. And then decide upon naming the character on that basis. People always like to find how appropriate your story and fictional characters are and how well everything blends.

A good character is formed when readers, while reading, associate themselves with the character in the story. So association should be with readers and audience and not with a famous person or famous fictional character.

The Pronunciation Of The Name Must Not Be Too Hard

When pronunciation is too hard, it makes us feel disinterested. Readers visualize names while reading and if they find it difficult to spell, they might skip the parts of the story where Hutts are mentioned. When actors fumble or mumble on stage due to hard pronunciation, their confidence might drop down as well. So when you give a name, you have to think about everybody and not just the character.

Have Fun When You Are Naming Your Fictional Character

We appreciate that you took some time out to read our article. We specially created the list of best, innovative, creative, amazing, and awesome Hutt names so that you can be benefitted from it. A name can provide a deep meaning and an insightful backstory to the fictional character if you choose it right or create one right.

So consider all the factors mentioned above carefully. Do not go overboard or be extra with the names of the fictional characters. These massive sentient creatures, Hutts, needs a name that is apt for them. You cannot name them randomly like humans as they are fictional creatures, and it won’t suit them well. Always be calm minded and easy, peasy while naming your character. Finding or creating a perfect name that suits all factors is not that easy. We have tried to help you by creating a bunch of names.

Creativity is your own space, so you might make up your own name after getting some inspiration from this list of names. We wish you the best in your work. We will love it if you visit our website again for such articles.