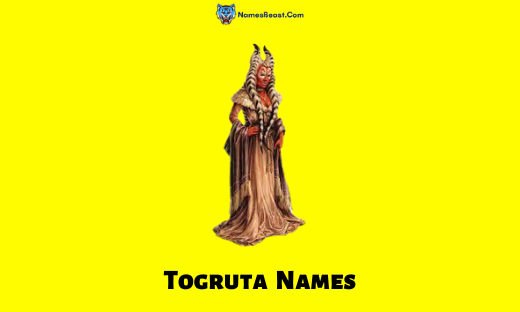 You must be wondering about what is togrutas and where do they come from. Togrutas are fictional characters. They are sentient species from the shili planet. The proper way to describe them physically would be to talk about their colourful skin tones, white facial pigments, large montrals, and head tails. These help them to hide from predators who hunt togruta. They also have a colony of some 50,000 togrutas on the planet Kiros.

Shili might have been their homeland but some migrated to Kiros too. They have some distinct physical features as in skin colour can be blue, red, orange, yellow, white, and eye colour can be blue, brown, orange and yellow. Their main breed is sentinent and are diversified into lekku and montrals. Their main place of staying are mountains, usually they would like to live there. They speak two kinds of language – first is togruti and second is galactic basic standard. There are many many legends about these togrutas. They are humanoid species with sentiment origin. They live in the Expansion Region of the mountains of those planets. A few popular togrutas were namely Jedi Master Jora Malli, Jedi Master Shaak Ti, Supreme Chancellor Kirames Kaj, Padawan Ahsoka Tano. They were later found in the galaxy even though they are the natives of planet shili.

Due to revolution togrutas have vast colours on them which helped them to camouflage from the predators. Togruta coloration was an effective method of surviving. The most noticeable feature of togruta were their large head formations like organic upon their heads, it looked like two large cone-shaped horns called montrals atop their skull, there is also three lekku which is known as headtails that is pointed downwards. Togrutas are quite unique with a variety of colours and unique structures and them living in a galaxy makes it even more uncommon. The lekku and montrals of a togruta until they reached maturity would grow and females usually have longer lekku than what the males have.

Those montrals provide them sensation. It helps the togruta to sense the movement and gesture of the objects present near or around them. They do it by echolocation and could sense the presence of things up to a distance of 82 feet.

How To Name Your Fictional Character

Togrutas are fictional characters like sentinents. It need special attention while naming and if it’s a main role then the naming is much more important. Since they are not humans, we cannot give them our name. It needs to be different, like matching the vibe of a sentiment and the story’s background.

We have created a long list of names for your reference. Whether you want to choose from the list or create your own, it is up to you, but remember, while giving the name, it must suit your fictional character. But you have to keep some pointers under your consideration while deciding about the fictional character’s name.

The Name Must Be Appropriate With The Age

First, decide the age of your character. You should not give an adult name to a 6 months old baby. It would sound inappropriate and not much interesting. Age is a great factor in a name. It lets the characters speak about themselves. A name apt to age and characteristics will always be an area of attention of the audience. When you are writing a novel, comic, film, or drama, first see the ages of all your characters. If it is not age apt, then the audience or reader might get destructed by it.

The Name Must Be Short And Simple

Simple and short names are always easy to remember. Not all people know about tagrutos. If you give them tough names, then in the middle of the play, the reader or audience might forget who they are and have to rewind to previous pages to recollect. If the novel is very long, then a short name is best for remembering the character. Short names are easy to memorize. When the readers are more excited about the character but cannot remember their name, they lose interest in the novel or play or film.

Simple names are always eye-catchy. It keeps the reader concentrate on the story for a longer period of time. And if your fictional character, like togruta is in the lead role, you will undoubtedly have to keep simple, short names. Too much complexity brings too much confusion.

The Name Must Not Be Related To Any Other Famous Name

Famous names will catch all the attention of the reader or audience. The only thing that will go on in their mind is that name and the character or person associated with that name. even names of famous personalities and create hindrance in the popularity of the fictional character. The more the reader or audience thinks about these names, they will not be able to concentrate on the story. It will create confusion.

The Name Must Be Relatable With The Fictional Character

You cannot just randomly name your togruta. While naming you must keep a few things in mind that is, togruta is sentient and not human so it should be given the name of the sentinent or whatever suits a sentinent, the name must match what the story is about, the name must be relatable to physical attributes of togruta and it should match with the characteristics of togruta. If the name is not relatable if you cannot establish the relationship between the fictional character and the story, how will the readers and audience connect with it? They will also feel the gap between them and will fail to feel for the character and grow their interest in the story.

The Pronunciation Of The Name Should Be Easy

While reading or hearing a name, we visualize the name. If it is hard to pronounce, then it will be a problem for visualizing. Readers tend to be distracted if they find a name hard to pronounce. Until they reach the end of the story, they will lose interest in what is happening as the pronunciation has already made them disinterested. Many people with problems like dyslexia face problems while reading, or some are just a bit slow readers.

They will lose interest to read too. If the story is in a play form or movie, then actors will confuse such hard to pronounce names and mess up their dialogues. So it’s better to go for easy pronunciation so that everybody gets to read the story or see the film.

We have specially created the article for your reference so that you can be benefited from it. Selection of names and keeping in mind how to name them is not easy job along with writing the story. We know how much burden is there upon you so our list of names might have been able to help you. Togruto are sentiments who live on planet shili and used to inhabitat in galaxy.

Such a fictional story ought to be interesting. Hence, find suitable characters for this story, create a background, and find apt names for your characters to make your storyline more unique, just as togruta. We are glad you had time to go through our article. We will meet again and do not forget to share the article with your loved ones.